Disclosure: This post may contain affiliate links, meaning I get a commission if you decide to make a purchase through my links, at no cost to you. Please read my full disclosure for more info.

Quick, name the one business-related thing that can render you bankrupt in an instant without any wrongdoing on your part.

If you said “indemnification,” ding-ding-ding. You get a cookie.

To indemnify someone or something else means to provide legal and financial protection to them against harm. When you purchase auto insurance, for example, the company indemnifies you against auto-related damages – they (not you) pay for repairs caused by a car crash, and they will provide attorneys at their expense to defend you in court if the other party says the crash was your fault.

In the business of freelance writing, you will be called upon to indemnify clients. You will be asked to sign contracts stating you will pay for all the legal costs of defending the client against claims or damages related to the content assets you’re producing for them. Clients justify demanding indemnification by pointing to their legal risk in having you produce content that, for example, may be plagiarized from another source.

But there’s a huge, huge problem with that. Namely, any crackpot can bring a ‘claim’ of copyright infringement, defamation, personal injury, or whatever without any merit to it, whatsoever. Nonetheless, many indemnification clauses in contracts require you to pay for all of the costs of defending these claims until they’re proven spurious in court.

A Brief History of Indemnification Clauses

I first began freelancing as a side hustle in 1994, and I don’t remember signing any contracts with an indemnification clause way back then. I imagine the contracts for women’s magazines (which were the plum source of revenue for freelance writers in that Golden Age) contained them, but I never wrote on such a high-profile level.

I’m positive publishing contracts for authors have included indemnification clauses for a very long time, and I believe this issue came sharply into focus with the 2006 kerfuffle over James Frey’s book A Million Little Pieces, published as a non-fiction memoir but later found to have been largely fabricated. Frey’s publisher, Random House, wound up issuing refunds to readers who felt they’d been misled, apparently to avoid an onslaught of lawsuits. Frey must have signed a favorable indemnification clause, since he apparently paid nothing and Random House paid the claims itself.

The earliest indemnification clauses I encountered, probably starting after 2010, were fairly structured to distribute the risk across both parties. Those clauses asked the writer to indemnify the publisher/client against actual damages, as found in a court of law. In essence, the publisher would assume the financial consequences of defending any claims brought to bear, but the writer would pay any damages, fees, defense costs after-the-fact, etc., if an award were actually ordered. That strikes me as a reasonably equitable arrangement. I’m proud to stand behind my work and happy to reimburse a client if a court finds I plagiarized or otherwise acted badly in my content.

Unfortunately, though, indemnification clauses have evolved into ironclad demands authored by expensive lawyers employed by large corporations. These clauses require writers to indemnify against claims related to their content. And that’s entirely unacceptable, to me.

Here’s an example of an indemnification clause that recently cropped up in an actual contract I was offered, to give you an idea of what the common terminology looks like:

Indemnification.  Writer agrees to indemnify, and at CLIENT’s sole option, defend CLIENT against any claims, damages, liabilities or expenses, including without limitation reasonable attorney’s fees, arising from any claim by any third party that the Deliverables provided to CLIENT hereunder contain untrue statements about, misrepresent, or infringe upon the intellectual property rights of such Third Party.

I’m happy to report I successfully negotiated this clause to strike the word “claims” from it.

Why Writers Should Never Indemnify Against ‘Claims’

I can think of a million reasons why you should never sign an indemnification clause that puts you on the financial hook for ‘claims.’ Here are three.

1. Because you can’t control the editing process

Say you submit an article titled “Foods You Should Never Eat If You have High Blood Pressure.” It is factually accurate, in that it lists “table salt” as a food to avoid for hypertension.

But long after you’ve submitted it to the client, had it accepted, even gotten paid for it, some non-clinician editor on their staff changes the copy. Now, with this edit introduced, the article appears to say people with hypertension should eat lots of table salt. Later still, a reader with hypertension takes this advice to heart, increases her sodium consumption, has a stroke, and sues your client.

Within days, your erstwhile client turns to you and points to the indemnification clause you signed. “Where is your checkbook?” they ask, “Because our lawyer is charging three hundred dollars an hour to defend this.”

Now, you make be shaking your head in outrage, muttering, “But they can’t hold me accountable for that, since they changed the copy.” Au contraire, my friends. Depending on the specific wording of the clause you signed, they very definitely may be able to force to you cover their own staff person’s error.

2. Because legal liability is a shared risk in publishing

Speaking entirely from a standpoint of fairness, I find it egregious when these large corporations (with staff attorneys, no less) demand that I, a single individual working from a spare bedroom in my home, defend claims against the content I’m writing for them. Quite to the contrary, I feel they should indemnify me against claims, since they’re the ones exposing me to risk – not vice-versa.

Every time a client publishes on the web something I wrote, it exposes me to potential liability: for copyright infringement claims, for defamation claims, for personal injury claims, etc. Were it not for the fact of their publishing the content, I would not be exposed to these risks. So why shouldn’t they indemnify me?

3. Because scammers and crackpots abound

Several years ago, at least a couple of unscrupulous individuals set up shop as professional litigants against independent freelance writers. Unfortunately I cannot find news coverage of these events to link to, but the scam went like this:

This type of scam works marvelously if you’ve signed a terrible indemnification clause, because it is, indeed, much cheaper to settle with the litigant than to defend the claim.

Scammers aside, crackpots also abound. I’m sure we have all seen stories of lawsuits we felt were frivolous. I’m also sure we each have worked with patients who held unusual, non-evidence-based notions about health and wellness. And the world is filled with opportunists. Put all those things together and you could easily find yourself served with a lawsuit to defend against a person’s claim that the flu shot you recommended in an article caused her to get cancer. All it would take is one crackpot or opportunist like this for you to incur potentially heavy financial damage.

How heavy can the financial damage be? One writer acquaintance of mine was sued for libel several years ago (which is different and did not involve an indemnification clause), and it cost her around $50,000 to defend the claim, which was ultimately thrown out as meritless. Let that number sink in for a moment.

What to Do if Presented with an Overreaching Indemnification Clause

1. Attempt to strike the clause entirely

Simply strike through the clause on your copy, initial the strikethrough, sign the contract, and return it. See if the client says anything. Many times, they will not. If they do, proceed to other tactics.

2. Negotiate removal of the word “claims”

Often this alone will limit your risk sufficiently. Personally, I have no problems indemnifying against actual damages. I simply can’t afford to mount the defense on my own; I need the client to shoulder that burden. I’ve successfully negotiated changes to the indemnification clause simply by appealing to the client’s sense of fairness.

As a last resort, you can refuse to sign the contract unless the indemnification clause is changed. Be prepared to walk away. Many clients with high-powered lawyers won’t budge on these clauses. In the future, look for more reasonable clients.

This type of insurance, also called ‘media liability coverage,’ specifically covers you in the event you are sued over something you wrote, or if a client you indemnified is sued. The insurance covers all the costs of litigation, up to the maximum liability you purchased. I bought media perils insurance for the first time this year, and it gives me great peace of mind, because I feel writing in the consumer health vertical exposes me to all kinds of potential liability. You can only obtain this particular type of insurance from a couple of companies. I went through the Author’s Guild to get mine, and $1 million of insurance is costing me $2,000 per year (plus the cost of an Author’s Guild membership).

I often recommend writers set up a corporation or limited liability company (LLC), in part to shield their personal assets from a business disaster like a lawsuit. But it’s hard to maintain the ‘corporate veil’ to the extent required for a court to find your personal assets are not, in fact, business assets – especially if you’re a single-member LLC.

Also, be aware that the “shielding your assets” aspect of things only refers to actual findings against you. In other words, if someone successfully obtains a judgment against you, then your personal assets may be shielded by the LLC. But the LLC won’t protect you from having to shoulder the burden of paying all the costs involved to defend against claims.

Bottom Line: Be Vigilant When It Comes to Indemnification

By now you may be feeling you need to become a lawyer to be a successful freelancer. Well, it’s not quite that bad, but you definitely need to understand contracts, read them, and don’t just sign anything that’s presented to you. Develop your negotiation skills and push back against these terrible indemnification clauses that overburden freelance writers. You’ll not only be doing yourself a favor, but it will help the profession, as well.

Questions? Hit me in the comments! 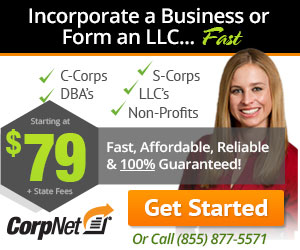